Home / News / Blog post / What Can a Personal Trainer and a kBox Do in Six Weeks?

The #kBoxPT16 personal training project is now completed, with exciting results. The methodology is easy to replicate, modify and improve for any gym manager or personal trainer who want to offer real flywheel gains for their clients. Below, Fredrik Correa highlights the key findings as presented at the Exxentric Summit: 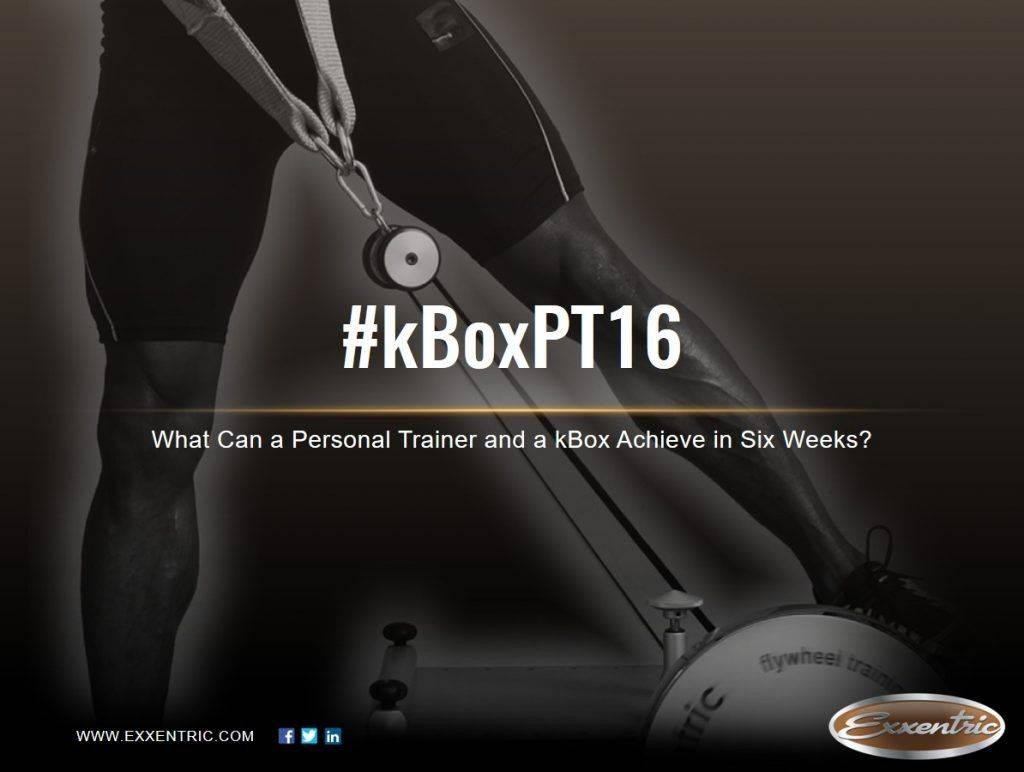 here are elite and fitness athletes all over the world using the kBox3 with some astonishing results. What many might not realize is that it is actually a really good tool for training by the general population as well.

Since we use the kBox ourselves with good results and a majority of studies validating flywheel are made with recreationally active subjects, we felt a strong need for this project. In our discussions, we decided to start a project to answer the following questions:

This was started as the #kBoxPT16 project and ran for six weeks. The project has now been completed and you might be interested in the results. 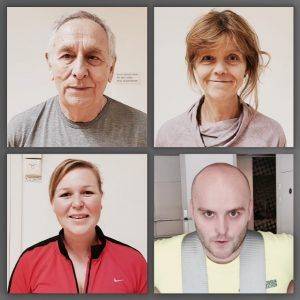 First, we looked for subjects and we wanted a wide range of people with different backgrounds to mimic the flow of different people into the gym. They should not be active in strength training but it was okay if they had a previous training background.

We were also looking for typical limitations. It is fairly normal for people to train more and participate in sports when they are young and then gradually drop-off and become inactive just to realize one day that they need to shape up and end up in a random neighbourhood gym. During this time off, they have acquired limitations due to ageing and inactivity, diseases, injuries, overweight or loss in strength and muscle mass.

Consequently, these subjects were chosen:

They were given a brief introduction to the kBox at the Exxentric headquarters and got to try a couple of sets (but not training).

No other interventions were done. No advice regarding sleep or nutrition was given and no supplements were advocated as this would attenuate the total effect of the training regimen.

We did a pre-test in strength, power and range of motion before we start. After five sessions of using the kBox (week 3), they also did a 5 RM Squat kBox Power Test (to wash away the effect of familiarization). Same as the training, nothing fancy or complicated:

So what happened to our subjects?

He really went all out in the training and left nothing in the tank in the sessions. Being much younger, bigger and stronger, it was interesting to see him together in the group session where they all did the same cycle with only a few modifications on some of the stations and also working out on the same inertia on the kBox as the others.

Afterwards, this is a case where we would probably have gained a lot from giving nutritional advice since his irregular working hours in the restaurant business and the hard training made him eat a lot more and maybe not better (but probably worse). He gained a few kgs of fat-free mass however and performance went up with 7.9% in CMJ, 48% more push-ups, 64% increased plank time and a modest increase in kBox Squat power with 1%.

Being rather developed in the lower body from the start, the short duration of the training and re-test of the kBox (less than 4 weeks) with a simultaneous slight weight gain might explain the lower increase in max power but since he got a really good improvement in performance, he himself could also feel the difference.

When I asked how he felt about the training at the end of the project, he responded that his sleeping problems were so much better and despite working late irregular hours, he is able to get more quality sleep at night during the training period.

She was not able to do the re-test in the specified date because she hurt her back so the only metrics we had afterwards was roughly the same weight and body composition and an increase in push-ups where she went from doing 1 to 4. Her CMJ was about the same too.

She was however, a very enthusiastic participant and wanted to sign up our personal trainer for continued training after the project.

Her biggest problem coming into this project was her frozen shoulders and we were a bit worried that it might affect her training. The kBox training went really well thanks to the harness unloading her shoulders and spine and her squat depth went from fairly good to “ass-to-grass” squats in 6 weeks, an improvement with 23.2 cm (27.4%) in depth which gave her a range of motion of 80+ cm.

She was obviously happy with the results and said that she felt much stronger when she jogged due to the strength training.

He has back problems since 20+ years old and have been told earlier in life that his back would prevent him from training all his life so he has not actively participated in resistance training programs before. Otherwise, he is active and is currently working as a consultant. He has also never worked with a personal trainer before.

If we look at his test and re-test, some results stand out pretty much:

He maintained his weight but got a pretty good reduction in body-fat% and a corresponding increase in fat-free mass. The absolute numbers are not that interesting since the method we used (skin fold) is not very precise. However, there is definitely a positive trend in body composition and it correlated well with his strength improvements and wellbeing.

His CMJ improved with 4.1% over 6 weeks and his kBox 5RM Squat 13,2% in less than 4 weeks. Even better, his range of motion (squat depth) in the squat test increased with over 20cm (28%) from test to re-test. Furthermore, he went from not being able to do a single push-up to doing 3 and his plank time went from 48 to 118 seconds. Overall great improvements in strength, performance and probably body composition too with a minimum time invested and without optimizing nutrition.

On a side note, he was one of our most enthusiastic participants considering his age. He is also looking at getting a kBox himself and/or continuing training with a personal trainer. Before his last session, he told me that he has been at his country house that weekend and removed a couple of trees. Chopping them up and arranging them always makes him sore for 3 to 4 days afterwards. However, this spring, he did not feel anything afterwards and was incredibly pleased with the training results. 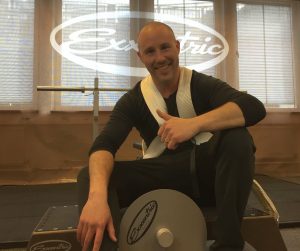 To sum up the project, three out of four participants actively asked our personal trainer for continued training and also showed interest in acquiring a kBox of their own. All of them see personal training and the kBox as an option for their future training.

They all had improvements and the group training went really smooth despite their different baselines and they could incorporate both strength and conditioning in the same sessions thanks to the kBox. The protocol itself was pretty simple and could be adjusted to fit any group or target audience out there.

Together with other aspects, a personal trainer can help with motivation and nutrition and the kBox can be a great tool for improving strength, health, body composition and stamina with basically anyone straight off the street.

You can download the project presentation, and follow how the project developed using the hashtag #kBoxPT16 on Instagram, Twitter and Facebook. If you want to know more about how the kBox can improve your offer to your clients, please reach out to us for further information.

Have fun and happy DOMS!

Last chance to get a 500€ gift card with the new