Home / About Us / History

WE BELIEVE IN MAKING PEOPLE STRONGER. 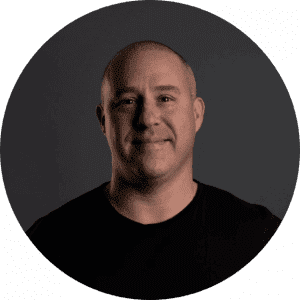 Since its foundation in 2011, Exxentric has exponentially grown its partner network and continues to provide strength training devices in 65+ countries worldwide. Today, we are witnessing flywheel training being applied in a wide variety of environments: professional sports, rehabilitation, and health & fitness.

The goal and vision of Exxentric has remained the same since the very beginning: building devices that enable people to become stronger and have the strength they desire. Having the strength to endure and succeed is important not only for performance, but in life in general. Therefore, we innovate in order to provide effective tools and methods which will allow people to succeed when it matters. Because strength matters, in all parts of life.

Flywheel training has a century-long history, and our founders started working with flywheel devices for strength and conditioning over a decade before founding Exxentric in 2011. Here is a timeline of Exxentric’s development from prototype idea to flywheel training brand:

2001-2011: Friends and co-founders of Exxentric, Fredrik Correa and Mårten Fredriksson were both working in the same ice hockey club when they discovered a loophole in the training of ice hockey youth. Shortly after, they would start developing a flywheel multi-exercise device based on a prototype. The prototype device consisted of a shaft with a flywheel on a small plate and it was designed for space usage. They believed the prototype could provide the basis for a completely new device.

2011: Fredrik and Mårten finalized their next-generation flywheel training device, the kBox 1.0, and the Exxentric brand was born.

The first known study related to flywheel resistance training was conducted at the Laboratory for the Physiology of Gymnastics, the University of Copenhagen in 1924, by researchers Hansen and Lindhard (1). They used a flywheel made out of lead and steel to do what all decent muscle physiologists do while no one is watching: measuring force curves during biceps contraction.

Hansen and Lindhard do, however, refer to a stationary bike using a flywheel for resistance in a study conducted in 1913 by a colleague from the same institution, Professor August Krogh. Although Krogh’s experiments were predominantly researching physiological subjects such as skeletal muscle, capillaries, and respiration, he consequently became a pioneer in flywheel training. Krogh would receive the Nobel Prize in 1920 for his work on the function of capillaries.

This is, however, not the first documented flywheel device. The Gymnasticon (pictured), a flywheel device invented in 1796 by a Frenchman, Francis Lowndes, long predates this.

Since those early days, the flywheel has been used in many mechanical applications for the purpose of accumulating kinetic energy, only to resurface within resistance training in the late 1980s. Back then, many people within the scientific exercise physiology community were trying to solve the problem of atrophy and bone loss in microgravity, i.e. space travel. Steroids, electro stimulation, rubber bands, and hydraulics have been tried, but all failed in one way or another.

At that time, Swedish scientists with The Karolinska Institutet, one of Europe’s largest and most prestigious medical universities in Stockholm, Sweden, developed a flywheel device that was designed to help astronauts to maintain skeletal muscle strength and mass in space. The project was supported by the European Space Agency (ESA), the National Aeronautics and Space Administration (NASA) as well as the Swedish National Space Board.

In 1994, they published a study (3) in which they designed a flywheel leg extension. They conducted a number of studies in the following years and developed a couple of flywheel resistance training devices similar to traditional strength training devices, like leg curl, leg extension, and so on, but with the weight stack replaced by a flywheel.

This was when I first found out about flywheel training. I had just finished my studies at the Swedish School of Health and Sport Sciences in Stockholm where I also met my friend and co-founder of Exxentric, Mårten Fredriksson. At that time, we were both working in the same ice hockey club, training elite junior players. I coached 16-17 year-olds and Mårten 18-19 year-olds. We had a lot of discussions about the talented players from different local teams that got recruited into our club in the early junior years.

The problem was that junior players had not received any teaching in training techniques, especially regarding the use of free weights. We felt that we spent a lot of time during their four junior years teaching them how to lift instead of improving their physique and performance to the extent that would have been possible if they had been better lifters. Since they were strong and talented kids it was frustrating that we couldn’t put enough load on them, since their lack of technique wouldn’t allow for it.

In the Research Laboratory

Shortly after I found out about the flywheel devices, I started working on some projects developing flywheel devices. This was in the Muscle and Exercise Physiology Laboratory at the Karolinska Institute where I collaborated with researchers.

When I was in the lab working on an electromyography (EMG) project related to the traditional flywheel devices, I saw a prototype device made by an engineer named Håkan Eriksson. He worked for the Department of Biomedical Engineering at the Karolinska Hospital, just across the road. He was helping the researchers to build all prototypes, but he was also a dedicated ice speed skater. To solve his problem with off-ice training he had built a prototype device consisting of a shaft with a flywheel on a small plate. He used it for high rep; half squats with low inertia trying to mimic the metabolic work in skating.

I felt that Håkan’s prototype could provide the basis for a completely new product. So, Mårten and I got together in the lab and discussed the possibility of building a flywheel multi-exercise device based on the prototype, but with more motion freedom. We wanted it to work in a similar fashion as free weights, but use a flywheel for resistance instead. We pitched the idea with some sketches to the research leader, which he liked and we started developing our baby.

We started by increasing the height of the box to get the shaft lower, increasing the depth in the squat. We increased the area on top to allow more lateral movements and a longer shaft for fitting more flywheels, and so on. When the product was ready, we had put in countless more hours than we had initially imagined or anticipated.

The prototype was working but was far from complete, and many improvements still had to be made. However, the lead researcher and his company took a shorter-term perspective and decided to release the prototype as a product into the market. After the release, we received considerable feedback consistent with our own thoughts on how to improve the device further and also new ideas. 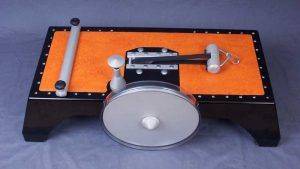 After our time in the research lab, Mårten and I went separate ways. I had my hands full with medical school and graduated from Karolinska Institute in 2006. But we knew that we had started the project to fill the gap for athletes and patients and realized it could be done so much better – it had to be.

Over the years, Mårten and I discussed realizing our ideas and suddenly we bumped into Kjell Insulander, who was a producer and a subcontractor of metal parts to other companies. He had an interest in training and also in building a product of his own. So we decided to launch Exxentric and started phase two. With our ideas and Kjell’s engineering skills, we could release our next-generation flywheel training device, the kBox 1.0 in 2011.

After a period of fast growth, Exxentric released the third version of its main product, the kBox3. It was at this point flywheel training started to grow and expand globally. Exxentric started selling equipment in the US and the team grew. Now a few years later, we are into the 4th generation where the kBox comes in three different versions: Active, Lite and Pro and on top of that a device for horizontal exercises, the kPulley. The electronics and app-side has been thoroughly developed and we now provide a scientifically validated real-time feedback system called the kMeter.

Ten Years of Exxentric in 2021

When we began in 2011, we were very few people with a simple idea and a single prototype device: the kBox 1.0. Today, 10 years after Exxentric was born, we proudly represent the leading flywheel training company in the world. Looking back at our journey – started on February 23rd, 2011 – Exxentric has had countless achievements and accomplishments.

Over the years Exxentric has experienced consistent growth, thus becoming the leading flywheel training technology business that we are today, and we are confident we will continue to grow even stronger. Because strength matters, in all parts of life.

1. Hansen T.E, Lindhard, J. On the maximal work of human muscles especially the flexors of the elbow. 1924. Laboratory for the Physiology of Gymnastics, University of Copenhagen.

Another version of this text was published on the Freelap USA blog. Read more. By M.D.