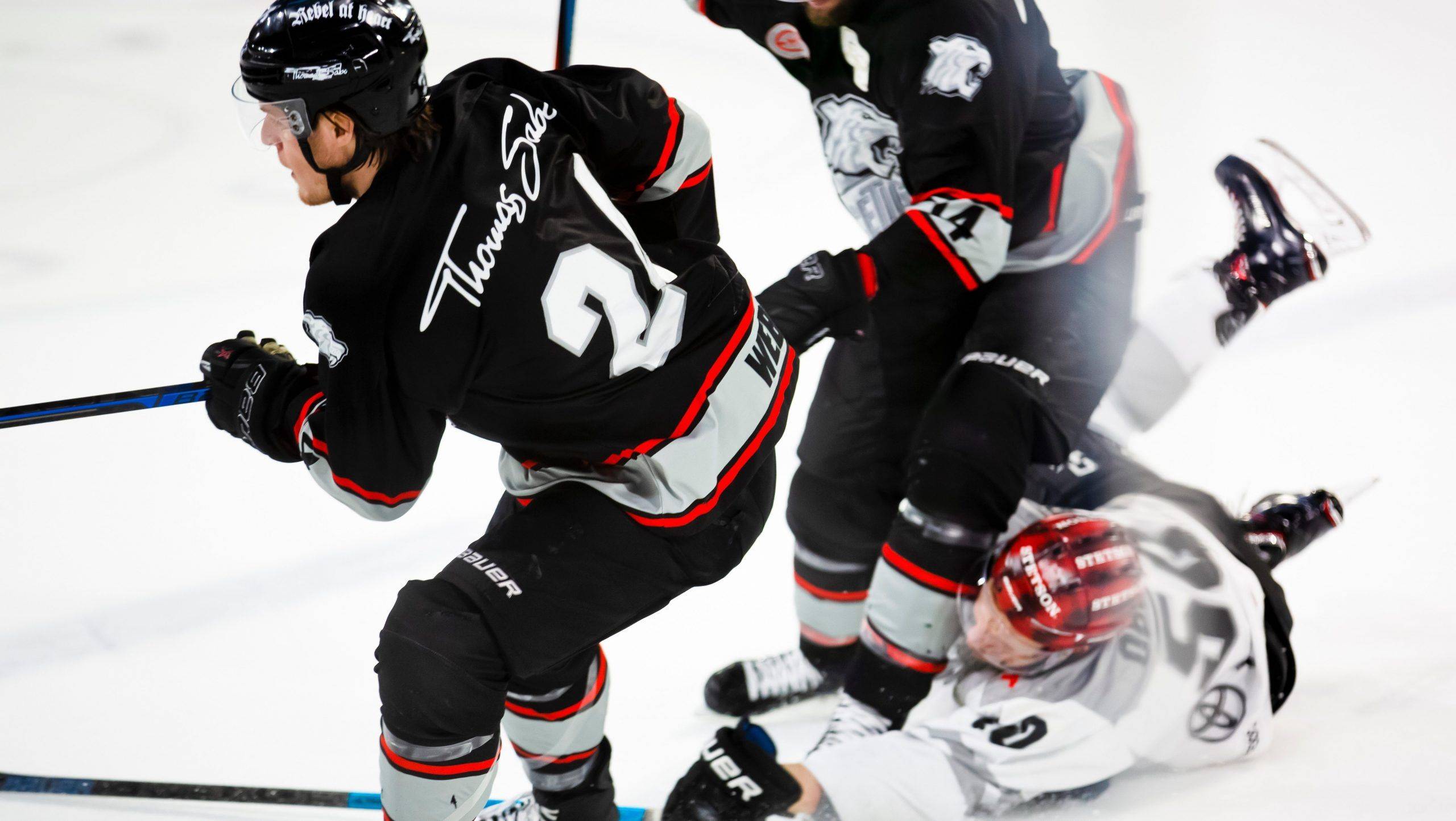 Ice Hockey is where the Exxentric journey started. The idea was to develop efficient multi-exercise tools to use for both developing younger players and for professional players during pre-season, competition, and rehab. Today, many versions later, the kBox4 and the kPulley target many important aspects of the hockey player’s strength and conditioning needs.

The kBox and the kPulley allow younger players to develop strength even at an early training age, even when their limited skills with technical strength training (such as Olympic lifts) are holding their physical development back. By incorporating both heavy and explosive squats, lateral squats, and split squats with the kBox, alongside the technical training with the bar, can also help build strength from day one. The kPulley on the other hand allows for multiple horizontal exercises such as rowing exercises, chest presses, bicep curls, and many more, that aim at strengthening the upper body, core, and lower body.

In a team setting, you often have limited space and a high risk of collision when working with barbells. You also spend a lot of time forming groups to work together depending on length and strength. All those aspects become obsolete with the kBox training. Setting ROM in a second and with variable resistance, you work through the team with a few kBoxes in no time.

For coaches working with professional athletes focusing on performance, the eccentric overload and variable resistance give faster gains in strength and mass and can give players that upper hand in the pre-season training. Two major factors that greatly affect skating performance are stride rate and stride length. Stride length is achieved with greater levels of leg power, allowing one to forcefully extend in a stride, whereas stride rate is indicated by leg recovery speed.

Traditional strength training with free weights or weight stack means muscle work against a constant external load. The load in the concentric phase of the movement with traditional strength training needs to be adapted to the angle of the range of motion where the external lever is at the longest. As the length of the external lever varies with the joint angle and the muscle´s ability to develop force is affected by muscle length, the internal lever causes an incomplete activation of muscle motor units throughout the range of motion.

With the variable resistance, it enables maximum load throughout the full range of motion in the concentric phase of the movement at each repetition in a set regardless of the internal and external lever and provides a higher activation of motor units. Also, the possibility to add load and move in all three dimensions mimics the skating stride for a more specific training stimulus which will most likely help to increase the transfer of power and strength to perform on the ice hockey rink.

After a few years, the number of limitations increases with injuries and sore backs, and during season injuries to arms and hands limit many players for shorter or longer periods. With the kBox, you can put the load on your hips or let the harness unload you from the point pressure from the top down allowing the athlete to work harder and do basic heavy lifts like squat variations or lateral squats even with a cast on.

Use the kMeter to limit the intensity, motivate for higher intensity, or follow up in testing for evaluation. With the kBox and the kPulley, you get most of the hockey players’ needs fulfilled regardless if your goal is to increase general or specific strength.

kBox and kPulley users in ice hockey already include coaches and players in the National Hockey League in the US as well as players in countries such as Canada, Germany, Sweden, and Switzerland.

Go back to applications for sports performance or contact us.

Elevate your squats and calves with our Decline bo

Level up your #rehab with the #kBox and #Eccentric

Increase your #gains with negative resistance in y

Looking to take your teams performance to the next

Get free shipping & onboarding with the new kBox Home System