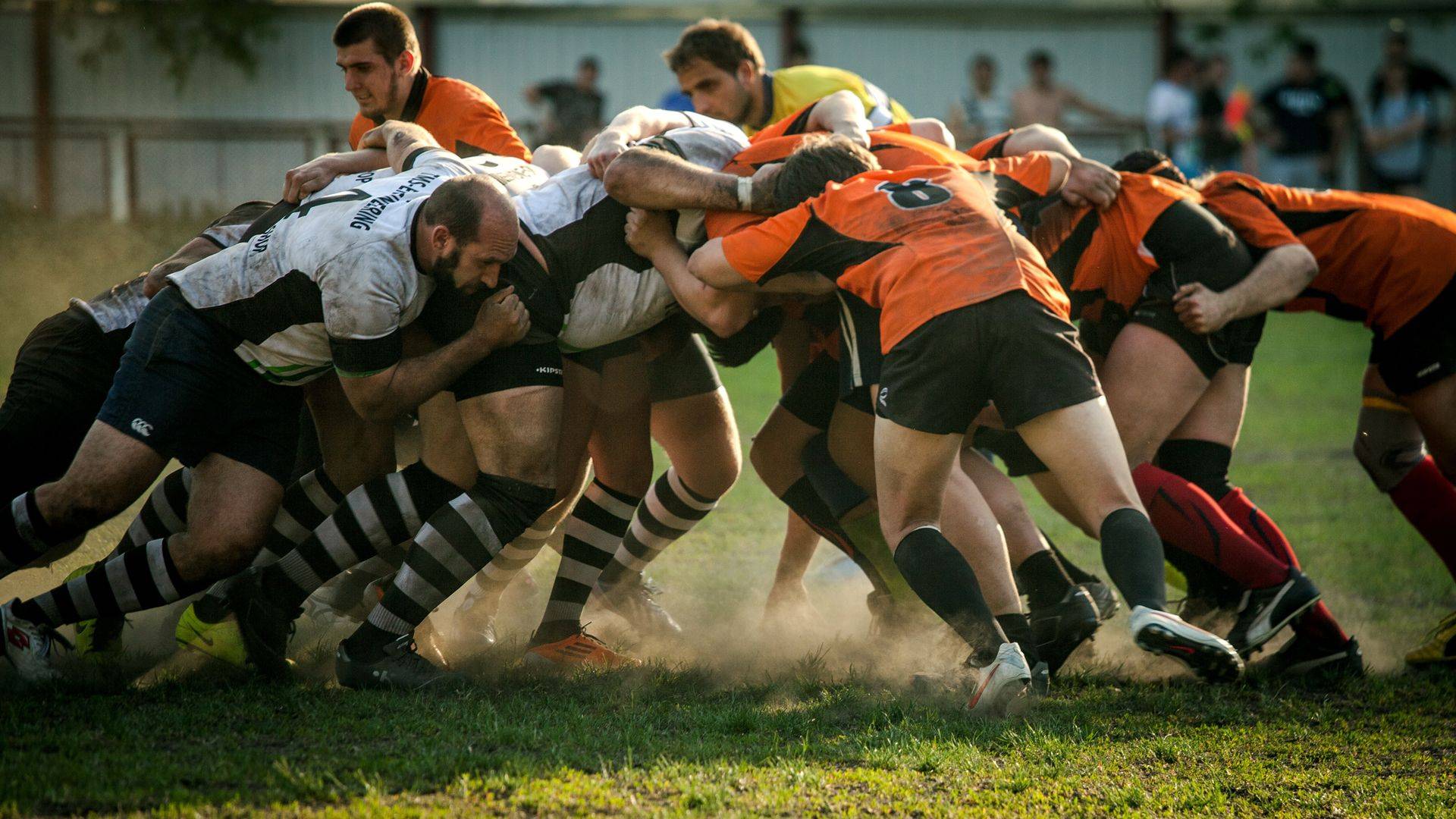 With the kBox and kPulley coaches get ground-breaking tools for building strength, mass, and power, which is critical in rugby union as well as rugby league, with many teams and athletes incorporating flywheel training already.

Being a sprint-based and momentum-based sport, the applications for the kBox and kPulley can be wide-ranging in rugby. They can be used to add strength and mass to players, both upper and lower body strength. Around the sprinting aspect of the sport, these tools are useful for both explosive power, eccentric strength, and change of direction ability but also for injury prevention when it comes to sprint related injuries.

The usefulness of the kBox during upper-body injuries is obvious, allowing for heavy squats or split squats, but it’s also useful in players with knee pain due to the meniscus and patellar tendinitis due to the lower shear forces and high eccentric load. Squat, row, or deadlift for strength and mass, mid-thigh pulls, hip extensions, lateral squats, split squats can all be used for power while straight leg hip extensions and hamstring curls for rehab and injury prevention.

The Exxentric Harness reduces a lot of the torque and stress on the lower back allowing athletes to focus on training quality and high eccentric loads. Easy and safe to perform and monitor in a team setting. Easy to train during periods of upper-body injury or rehab after an injury.

Users of the kBox and kPulley in rugby already include the Australian rugby league team Cronulla Sharks in the National Rugby League, Japanese rugby union team NEC Green Rockets in the Top League, and the Chinese National Olympic Rugby Team, as well as individual athletes such as Yannick Nyanga of rugby club Racing 92 and Rémi Lamerat of ASM Rugby.

Proceed to flywheel training equipment, or go back to applications for performance.

SCROLL TO EXPLORE
Improve your physical performance and motor skills

It does not get more sport specific than @tysonros

Raise the function of your off-hand while still de

Let the world be your playground! 📸 @dd.welln