The choice of inertia and intensity are the main parameters affecting your workout in flywheel training. At the Coaches College event in December, two new studies from ETSU looking at this were presented. What do these add to or reinforce in the Flywheel Workout Zones? Here’s a walkthrough by Fredrik Correa. 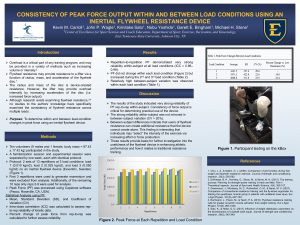 In December 2016 at the last Coaches College, held annually in Johnston City, TN, two kBox studies were presented by the Center of Excellence for Sport Science and Coach Education at East Tennessee State University (ETSU). They started these projects after the summer, which are now gaining steam, and from what I’ve heard from Dr. Kimi Sato at ETSU they are filled with ideas for coming projects too.

These first two projects I’d call descriptive since they look at different parameters acute during training at different settings. When presented to a new form of loading for resistance training the obvious question is ”will this be sufficient for adaptation?” and descriptive studies can tell us about that among other things.

To summarize their findings I’d say these two projects validated our previous beliefs and this will be a good platform for further research at ETSU.

So basically, they wanted to look at force outputs during the #kBoxSquat and see how different inertia affected the outcomes and variability within sets and between users. 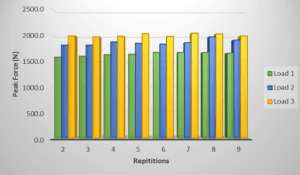 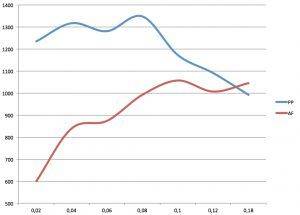 Further on they discuss how a relative small increase in peak force results in a large increase in net impulse and P to N impulse ratio. This is interesting and as I discussed above putting in the same force or a slightly higher force but during much longer time (as a result of higher inertia) will result in much higher rotational energy and, as a result of that, higher eccentric overload (if you want that). As a side note, I think their protocol put all load settings in the power spectrum with fairly high velocities and similar studies incorporating higher inertias > 0.1 kgm2 and fewer reps would be interesting. For example my average velocity is around 0.8 m/s when going max with one heavy flywheel (inertia 0.05 kgm2) so that’s quite far from absolut strength spectrum ( < 0.35 m/s), see pic for my own inertia vs average force and peak power curve.

One of their conclusions is that the kBox is a good tool for eccentric overloading, which can be achieved without a huge increase in peak force. Especially good for stronger athletes, which can create a larger momentum in the acceleration phase. I tend to agree with that fully and see this as one huge advantage for athletes and coaches starting to supplement their regular gravity-based training with flywheel training. Looking at the kBox in a wider perspective, the fact that you don’t have to carry all the load through an axial loading (either distributed through the harness or a belt) makes it very accessible for many team sport athletes with back problems that can’t do heavy barbell squats, common among ice hockey players for example. The logistics, instant feedback and variable resistance is, of course, beneficial for all athletes but also physiotherapists and personal trainers.

Practical implications and a few tips