You can’t improve what you don’t measure. For our kBox users, the kMeter was a big step forward in flywheel training. Ever since we released the first version one year ago, we have received a ton of good feedback for new functions and we work to improve the app one step at a time. In this latest update, we have done quite a few changes and I hope you will like them. 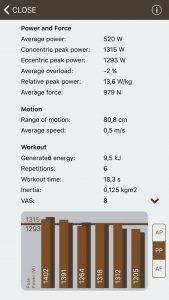 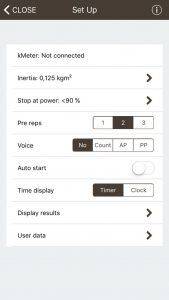 New set up menu. A new design of the setup menu for easier access and a better overview.

Set limits. Now you can end the set not only after a pre-defined number of reps but also limit the set after a specific time (for metabolic conditioning or AMRAP testing) or set a bottom threshold in watts or a drop-off percentage. The drop-off percentage sets an average for the first three reps and that is 100%. You can set a threshold from 0 to 99% and let the app stops when you go below that threshold. Good for limiting fatigue and focusing on the quality reps, it is shown to be an efficient way to maximize adaptation on limit fatigue (*). I will write more about flywheel training and fatigue in an upcoming post.

Display results. Now you can customize what metrics to show or not in the summary. Remove what you don’t want to see or what you don’t need your athlete to see. Everything is stored in the in-app database hence no data is lost.

Velocity metrics. Now you get average speed in the summary.

Force calculations now show average force instead of peak force for better reliability and consistency. Still, it’s a complicated calculation and should be seen as a ballpark figure and not for comparison between athletes or exercises.

Screen dump your results directly to your camera roll.

Also, under the hood, we have built a new platform for the app. This is not something you will notice but it has built the foundation for coming updates.

Thank you for your feedback, keep it coming! And download version 1.3 of the kMeter on iTunes! 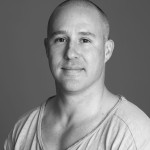