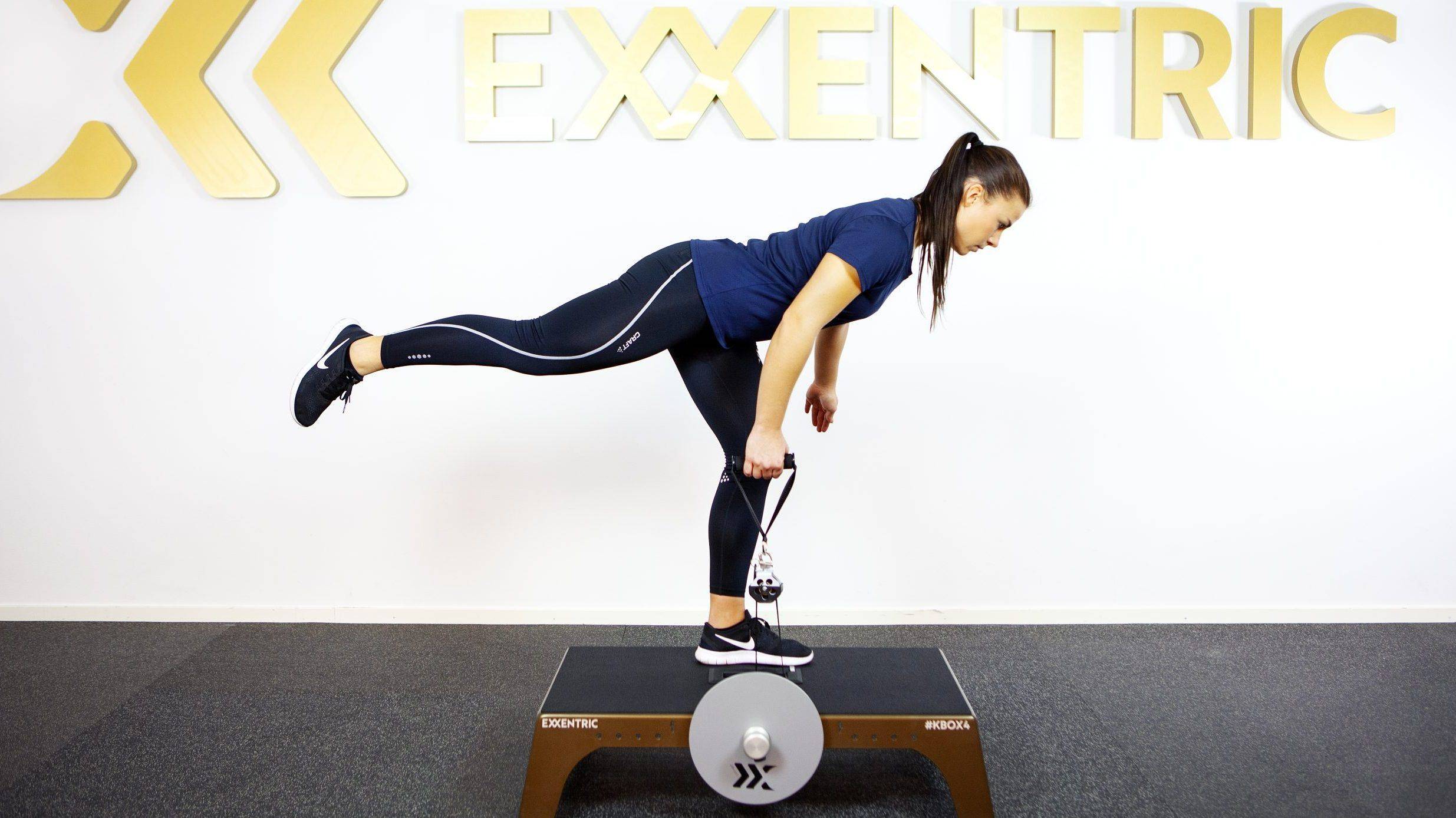 Hamstring injuries, whether they be muscle tears or strains, are some of the most common to occur in sport, being especially prominent in football and rugby as well as many track and field disciplines, especially sprinting. Being able to prevent these injuries can mean players remain fit to play and even more importantly for a football or rugby club, games, and premierships can be won, time lost to an injury can mean money lost. Flywheel training provides an effective tool that covers the many facets of preventing hamstring injuries.

The prevention of hamstring injuries is a multi-factorial challenge. Firstly, it’s important to understand why they occur. Factors such as fatigue, lumbopelvic stability, previous injury history, flexibility, and posture as well as environmental factors such as playing surface can all play a part. However, the greatest risk factors include a lack of eccentric strength and shortened muscle fascicle length, both of which can be helped by eccentric training on the kBox and kPulley.

Research (1)  performed in Australia studied elite football players and the rate of hamstring injuries taking into account eccentric knee flexor strength and fascicle length of the long head of biceps femoris. The group of players with the lowest levels of hamstring injury possessed muscle fibers that were “strong and long”

By strengthening the hamstrings, they become more resistant to strain however care needs to be taken not to cause overuse injuries as strengthening can cause shortening and tightening, limiting flexibility. Shorter muscle fascicles are at greater risk of tearing due to overstretching. This is where eccentric strengthening using the kBox and kPulley is such an effective method, the muscles are strengthened while lengthening during the contraction, and the low impact nature of the device limits potential overuse injuries.  The use of eccentric hamstring strengthening is the most researched and accepted method of preventing hamstring injuries, reducing the risk of primary and secondary injuries. It can result in a change of muscle physiology, even lengthening the biceps femoris long head muscle fibers.

The emphasis for football players must also be placed on explosive power to provide strength during movements such as kicking and sprinting. Performing squats and lateral squats on the kBox are an effective way of targeting the muscles that are required for sprinting, kicking, and cutting. Any strengthening program should be accompanied by an appropriate stretching routine.

It’s not only the hamstrings that need strengthening. Adjacent joints should be considered such as the glutes, adductors, and quadriceps which can be worked in co-contraction with the hamstrings.  All of these muscles can be targeted using the kBox which provides various attachments and settings for different training requirements. Weakness in the hip extensors during sprinting can cause an increased risk of hamstring injuries and deficits in explosive strength can also increase the risk of injury. Poor coordination of stabilizing muscles around the pelvis can cause compensatory activation of agonists and antagonists. There is an equal need for hip extensor and knee flexor strength. All players should be assessed for the right to left asymmetry as an imbalance can lead to increased injury risk.

Managing a player’s workload can be difficult, especially during the football season with so many matches, sometimes including representative duties in addition to club fixtures. The same challenge is seen during competitive track and field season, trying to manage increasing training load in preparation for competition season. While it has been shown that a high training load can be protective in elite football, it is important not to exceed this threshold, causing injury. A large and rapid increase in training during times of increased frequency of matches and tournaments can cause an increased risk of a hamstring tear. By incorporating flywheel training into a strength and conditioning regime, players are able to make welcome strength gains without spending further time on the pitch and in a more efficient manner due to the ability of the kBox and kPulley to deliver higher levels of resistance.

How does flywheel training fit into this?

By using flywheel devices such as the kBox and the kPulley, players are able to perform exercises to improve the explosive strength required for sprinting as well as eccentric loading that can strengthen the hamstrings while lengthening muscle fascicle length, preventing injuries resulting from muscle shortening.

Unfortunately, some hamstring injuries are unavoidable but the goal of rehabilitation is to regain strength and function in order to prevent recurring injuries. Flywheel training is incredibly popular with physiotherapists working in sports rehabilitation as it offers a low impact and controllable method of delivering strength training. With the kBox and kPulley, the amount of resistance and speed of movement can be predetermined to allow a gradual progression of loading of the muscle as the athlete builds their strength and range of movement. Eccentric training, a method that the kBox and kPulley are known for championing, is an important element of muscle rehabilitation, as it determines control, landing technique and change of direction ability.

Go back to medical or sports performance applications.