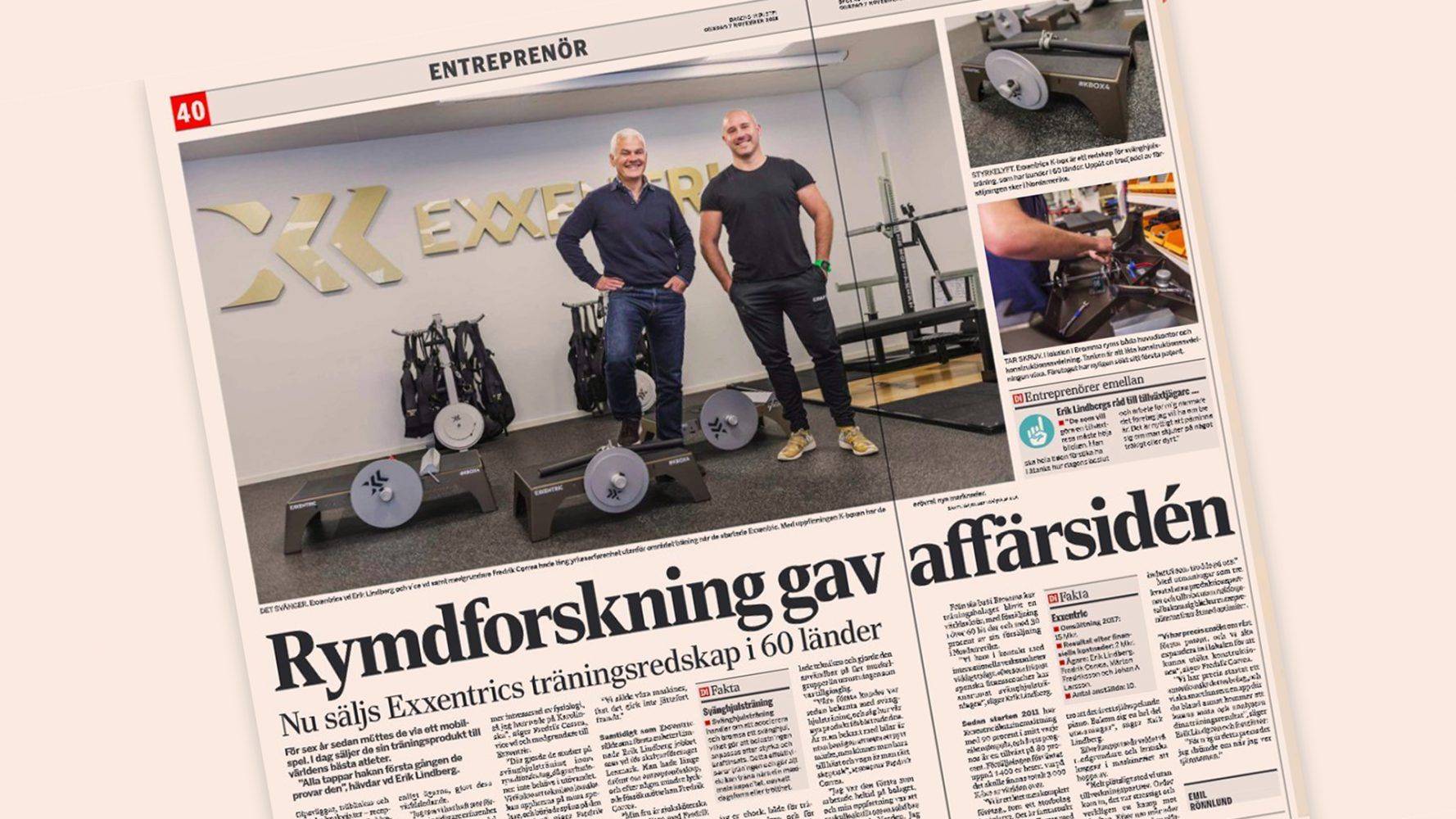 Curious about what others say about us and the kBox and kPulley? Here is a selection from the media around the world.

My Favorite Strength Trainer – kBox from Exxentric by Steven Sashen from Xero Shoes – May 27, 2019

The Power of the kBox: The Best Fitness Equipment I’ve Ever Used By Byrd Training – April 1, 2019

Singapore’s most high-tech gym is about to open and it has the world’s first VR bike – this is what it’s like by Aqilah Allaudeen – November 22, 2017

The Pulley that Bonds Graham and Nadal by Fatima Kdouh  – June 8th, 2019

Supermodel Kate Upton on the Best Way to Stalk Your Baby by Chris Kornelis  – February 2nd, 2019

Kate Upton Is Catching Heat From Gym Rats For This Workout Video by Gus Turner – August 21, 2017

Eccentric Training and The Younger Athlete by James Baker – July 2016

Power of Inertial Training: A Case for the Substitution of Core Barbell Lifts with Flywheel Resistance by Paul Cater, MSc, CSCS – October 2015

Is Inertial Training the Next Breakthrough in Athletic Performance? by Joel Smith – December 11, 2015

Speed Strength: A Comprehensive Guide to the Biomechanics and Training Methodology of Linear Speed by Joel Smith – December 2018

“The Best Piece of Equipment I Have Come Across” with sprint coach Chris Korfist by Fredrik Correa – Exxentric.com – September 29, 2014

Our entry level model for the serious personal trainer or demanding home user. The perfect tool in strength and rehabilitation at our lowest price point.

Offers the lowest weight and best portability which makes it perfect for frequent travel without compromising the training.

The kPulley2 is the ideal horizontal solution for improving strength by offering flywheel training for rotational and pull exercises.

Join Waitlist We will inform you when the product arrives in stock. Just leave your valid email address below.
X