Over the past years, there have been numerous studies that aimed at exploring the benefits of flywheel training in youth training. As opposed to traditional strength training that includes the usage of weights, flywheel training is based on the inertia generated from a spinning flywheel, which ensures a safe eccentric overload and injury prevention. 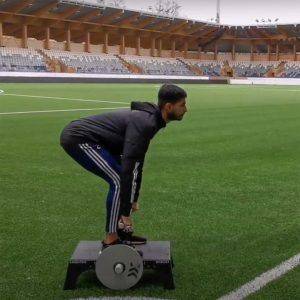 Many junior and senior soccer teams are doing some sort of physical preparation training, but I think the standards can be increased. Starting a strength and conditioning program for your team and also including flywheels can be a game-changer. If you haven’t got access to a gym in your local club, maybe a flywheel device can be the start of that new gym.

What Is Eccentric Overload?

Eccentric overload is referring to training where you have a higher load in the eccentric phase (the lowering portion of the lift) than you can lift concentrically (upward motion). For overload with weights, you need more weight than what you can lift. That is obviously a bit tricky and that is why this training becomes almost a “flywheel-specific” form of training since it is so easily implemented with a flywheel device like the kBox.

Why Bother About Eccentric Overload Then?

First of all, the eccentric portion of the lift is crucial to get regular strength training effects like building strength and mass, skip the eccentric part and you are wasting your time. The eccentric phase is also really important when it comes to movement because sprinting, jumping, and cutting (changing direction) consists of eccentric actions where you decelerate and transfer energy into that action. With low eccentric strength that transfer is much lower. 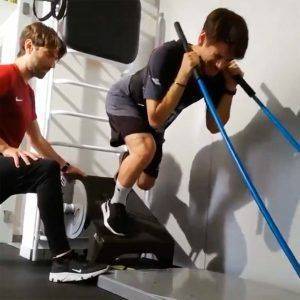 Eccentric strength is also very specific and won’t increase with concentric training so “use it or lose it”. Eccentric overload becomes really important when it comes to performance as described above but also when you already are fairly well trained like many athletes are. Normal strength training might get you a bit stronger but doesn’t necessarily make you perform better but when adding eccentric overload we see performance results improve.

In this study, 34 junior soccer players were split into a plyometric (normal strength program) or eccentric overload program for 6 weeks and then they compared jumping, sprinting, change of direction, and shooting ability. The flywheel overload group improved these metrics more than the traditional group significantly. 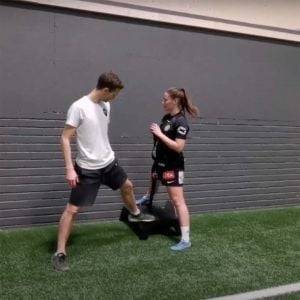 This scientific paper is more specific to the change of direction. It is a critical component in soccer and many other field-based team sports: a player performs between 700-1400 cuts during a normal game! Many of these aren’t necessarily critical to the game but some of them really are.

U19 soccer players did an eccentric overload training program for a period of 10 weeks. The program consisted of exercises such as leg curl and squat and a progressive number of sets were added every week on top of the normal program in the test group, starting at 2×6 and ending at 6×6. After the intervention, they saw greater improvements in side cutting and crossovers in the training group, which are key movements in the change of direction.

In this study, they allowed U17 and U19 soccer players in one group add two flywheel exercises (leg curl and half squat) 1-2 times per week for 10 weeks. This was actually just 3-6 sets of extra training per week. Despite this small added volume they could not only see a benefit in improved linear sprint speed and jumping but also a reduction in muscly-injury incidence and severity.

Many studies use a single-exercise device but that is mainly to standardize and many teams can’t afford that. With a limited budget, I would focus on getting a kBox and use that. This would be my top set of 3 exercises:

Our 10-year anniversary celebrations continue. We are donating a total of 15,000€ worth of flywheel training equipment to local sports clubs and sports teams within schools. Over 100 local sports clubs worldwide have already participated for a chance to win! Read their motivations on the voting page and show your support or find out how you can enlist your local club below: 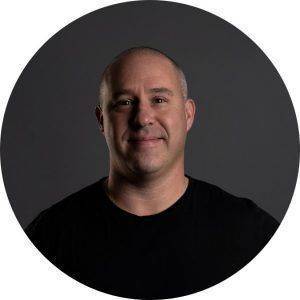