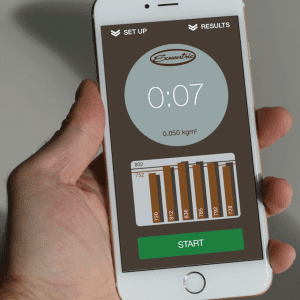 Today, we are happy to announce the first shipments of our new kMeter feedback system, for accurate monitoring of power and energy performed by kBox flywheel training users.

The kMeter system is developed to fit the fundamental feedback needs and budgets of professional flywheel coaches, physiotherapists and fitness facilities, as well as each individual athlete and user of the kBox.

We believe that the kMeter will change the face of flywheel training. It is an important milestone for Exxentric, where we move from only producing flywheel training equipment, to including also a new software based feedback system.

Training feedback is essential for many reasons. You need a feedback system to see where you are at. From that starting point you can set a goal and make your own program. During the training period the feedback can help you adjust your training. To evaluate your training you need feedback to see how far you have come. Feedback can also be used to limit an athlete or patient in rehab after injury or pacing before an event.

Many are lead to believe that they know what they are doing in the gym just because they know the number of kgs or lbs they put on the barbell but this knowledge is not sufficient. Kgs and number of sets and reps can be used mainly to quantify training volume but that really doesn’t say much about intensity – for that we need to know force and power during training. 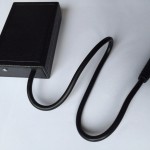 The kMeter system consists of two parts: The kMeter module is a bluetooth transmitter which connects to the existing sensor socket on most recent kBoxes. The kMeter app is developed for iOS devices and is available for coaches and physiotherapists as well as users.

Measuring force and power accurately is not trivial, and the kMeter system has been in development for several months. The development team has included individuals with decade-long experience of building flywheel training devices, as well a Ph.D. in Aerospace Engineering and a M.Sc. in Engineering Physics, accomplished in sports app development.

The kMeter system presents average power per rep, and also peak power in both concentric and eccentric phases to determine eccentric overload. The power data is exact and consistent. Number of reps, rep time and energy expenditure is also exact. Even qualified approximations of vertical motion (ROM) and force are presented. For a full presentation of the functionality, watch the video below.

An important aspect is the system’s backward compatibility. Existing kBox owners can connect the kMeter, as long as the kBox is equipped with a sensor.

As of today, the kMeter app is available to download for free on the App Store. The kMeter module is ready for delivery, priced competitively at EUR 390 plus shipping and taxes. Contact us or your local reseller to place your order.

We hope you’ll want to share your results using the “#kMeter” tag. We’re excited to see who will be able to show the highest power metrics on the kBox! 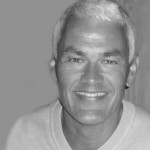