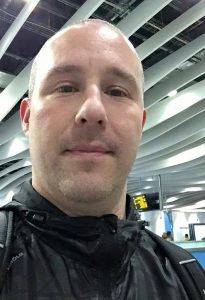 At the Historic Performance Podcast joined by Fredrik Correa earlier this week, there were lots of good questions from the audience and not all could be answered. Hence, Fredrik sat down to answer some of them on the way from FIBO to LTAD.

It was fun having a chat with James Darley at the Historic Performance podcast that went live this Wednesday. He had prepared quite a few questions but we only had time to answer two questions from the audience. There were however quite a few good ones so I asked James to send all the questions and thought that I might answer them here for you, like a little bonus material for the podcast. Hope you enjoy it!

Will there be a place for kBox in the general population and for general fitness?

Answered this question on the podcast but since I blacked out and can’t really remember what I said or didn’t, I shall elaborate a bit more here.

My answer is “yes, definitely”. Most study groups in flywheel research are young to middle age, recreationally active people, mostly men and also some women. Even studies with 65-year-olds and above and stroke patients have been done before. These studies all show gains in strength, power and mass, with a similar pattern between sexes. 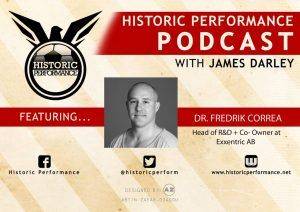 Over to the practice setting, I can’t see a faster and more accessible way to take sedentary people off the street and load them in the main lifts (and overload them in the accessory work from day one). kBox is great for increasing ROM in the squat, and doing this while building strength fast is a winning combo both for the customer and for the gym, or the Personal Trainer that implements this on a wider scale. Combined with good nutrition, bodyweight drills and cardio in some form, the kBox is a great tool for trainers who want to change the future for his/her customers.

On this topic, we are doing a project right now where a personal trainer works with a small group of people, male and female, with an age range of 27 to 72 years old. They do both individual and group training using the kBox. They started with some pre-tests and will be training for six weeks and then do another testing session. If you want to check how that project is going, do take a look at #kBoxPT16.

Even if quite a few gyms are already interested in this, I think we might need a new “kBox-Zumba” to really get them to incorporate this since gyms need to fill their facilities with people and sell memberships. Getting there is not just about packaging the concept of flywheel training as the smart trainers using it today can do that already, it’s also about pricing. Our R&D today aims at making kBox better for all our different users: home users, small athletes, big athletes, patients, health and fitness and gym-goers. It is hard to combine everything in one device, so with some smart new technology, we might have something more specific to offer to different groups. So stay tuned.

Are you planning cloud storage for the kMeter and what new features are coming out?

Answered this on the podcast too. We developed the kMeter app as a cheap and accessible tool to get data in real-time to see how “hard” you work. Our users liked that so much, and they put pressure on us to develop the in-app database. But the next obvious step is, of course, to put all this data in the cloud. This could be used for online analytics via a web interface, both individually and in team settings, which is another request we get from time to time.

We are working on this right now on our end, looking at the different functions and the next step is to start the actual development. This will definitely be an important next step for the kMeter, and we will get there. Let us know if there are particular functions that would be important to you since your feedback can change our priorities.

Will you do a new pulley device for horizontal movements?

Short answer: Not part of our current products in development.

Long answer: [Wrote half a page here but it was taken out by the Boss and the Head of Marketing. Oops.]

The two big differences between flywheel devices with conic shafts and ours with the symmetrical shaft are:

We do like the high force /low-speed loading pattern that comes with our symmetrical shaft and the belt, and so far we have no plans to make something else.

You have mentioned ongoing flywheel studies on Twitter, can you elaborate on that?

I will probably disappoint you, but I can’t really do that. We don’t know exactly what researchers are doing or if they are going to get any data they can publish. In some cases, we are aware of plans or projects that are going to start but we are on a need-to-know basis and for good reasons – researchers often keep their data close to their chest until it gets published.

I can tell you however that we are very active in communication with researchers and we treat every approach seriously and do what we can to facilitate their research on the kBox. Quite a few requests, however, aren’t really viable and may just attempt to get a new toy for free. The serious ones are very much welcome and we think we do quite a lot to help them get started.

If you look at the number of publications, 2015 was a great year and 2016 started really well too. It’s also interesting that instead of having mainly one or two groups doing flywheel research at a time, we now see more and more groups incorporating flywheel training and this is also a good sign. We can hope for more diversity and also more conflicting evidence since the methodology will differ more than before.

Which are your favourite drills with eccentric overload for hockey players?

Haven’t worked with any hockey players myself after the kBox was first released. However, I would probably do regular squats, deadlifts/RDLS and lateral squats during pre-season and incorporate overload into those drills too. Split squats are an option too if you believe in doing more unilateral work. A good one is the CLAC squats with spotter assisted overload, which I learnt from the track and field coach Christ Korfist. For upper body, I would do an overloaded bent-over row, one of my favourite exercises.

Outside of the overload scope, I would probably experiment a lot with conditioning and power tests and see how they correlate with on-ice performance since there aren’t any decent tests in the gym that predict that at least to my knowledge. Wingate doesn’t do it* and besides that, riding a bike all out for 30 seconds once or twice a year when a very small part of the regular training is cycling doesn’t make sense. Developing a metabolic test and a power test for ice hockey and compare versus on-ice performance on longer or repeated activities and maximal speed test would be really fun. Hope somebody picks up this ball soon.

What research do you see or want to see in the future?

More of everything. The foundation is there, you can get stronger and put on mass by using a flywheel device.

I want to see more head-to-head studies, which are unfortunately rare in the flywheel research. Studying a flywheel protocol (or any training protocol) against inactive or an obvious inferior protocol might look good in a result section but it doesn’t bring much evidence for coaches. Incorporating flywheel training together with a barbell, Olympic lifts and derivatives and plyos makes sense, that is how it should be used and that is what should be studied.

Subjects are another aspect. I have nothing against students but they are hardly athletes or patients. Studies on the real target groups are difficult, however. Researchers don’t get access to the athletes. Hope that some universities can get the athletics and research departments to work together. Even if we get non-randomised studies based on monitoring college athletes, it’s better than nothing. Or studies of a group of students doing nothing but the training protocol and no late games away, no injuries or traumas, no concurrent training or playoffs.

And then there is the rehabilitation of course. Have seen some promising preliminary data from patients in a Swedish pilot study and we can hope for some bigger RCTs (Randomized Controlled Trials). Fingers crossed.

That’s the end folks. I tried to be as forthcoming as possible, but running a business sometimes means that you have to be a bit careful about revealing your plans.

I hope this can be a good start for some interesting discussions. If you think I’m completely off or want to comment on anything, feel free to reach out on Twitter at @fredrikcorrea or email if you need more than 140 characters.

Skiing season is upon us⛷ Make sure that you h