Frontal plane motions (side to side) are important in the big majority of sports, but are easily overlooked when designing strength programs. Here, PhD student and Director of Strength and Conditioning, Matthew Ibrahim, explains the reasons why you should integrate lateral movements to your athlete’s flywheel strength training program.

We spend a great deal of time training athletes in the sagittal plane of motion (forward and reverse) with such exercises as the deadlift, squat, reverse lunge, and the like. However, we don’t spend enough quality time developing the skills and qualities necessary to be strong and durable in the frontal plane of motion (side to side).

Consider what most in the strength and conditioning field deem as the “athletic position”, where the athlete has a slight bend in the hips and knees, active hands and a slightly forward-leaning trunk. Now, imagine a reactive play in sport where that athlete needs to think quickly on his or her feet, react to the play, and then make a move in either the left or right direction.

The example above, among countless others, happens in nearly every sport across the board. Consider a tennis player jabbing out to the side to hit the ball, a baseball player attempting to turn the hips and steal a base, or even a running back in football juking out a defender. We truly see it everywhere, which is why it is crucial to help your athletes develop strength in their hips and knees with the ability to express power laterally in the frontal plane of motion.

The kBox flywheel system from Exxentric is an intelligent training tool that allows the athlete to essentially work against the variable inertia of heavy steel flywheels. Higher levels of effort come with a heavier level of intensity, which is what we want in order to allow for a physiological adaptation to take place. Unleashing maximum effort on the kBox provides a bit of an overload. However, more importantly, using advanced overloading methods equates to a greater eccentric (lowering portion) force. This amount of physiological stress has its merit, especially as we learn to both absorb force (decelerate) and produce force (accelerate) with the lateral squat pattern in the lower body.

Here is a list of 4 lower body exercises for building lateral hip and knee strength with the kBox:

The line of pull from the strap directly under the hips is slightly angled out to the side in this exercise, which allows for an easier option as you begin to learn the fundamentals of this movement pattern. Consider that the athlete must bend the knee of the leg that is off to the side and not stationed on the kBox platform here. Both of these reasons allow for less force from the flywheel system to be applied, allowing a novice athlete to master the learning curve.

This second progression in the lateral squat pattern on the kBox increases the force being applied from the flywheel system due to the fact that the strap remains relatively straight under the hips. In this scenario, the athlete must now bend the knee of the leg that is standing on top of the kBox platform, which increases the difficulty.

The Foot Block now comes into play as we use that to generate force from the lower body on the working leg side in the lateral squat position. In this scenario, the support leg has the foot stationed on the floor, which allows for an increased range of motion and increased challenge. The neat part about this entire set-up is that the Foot Block allows for an angled foot position, which can lend itself nicely to increasing change of direction ability and lateral power output.

Similar to the previous exercise, this progression also uses the Foot Block accessory component and allows for a greater range of motion. The primary benefit here is that the athlete is further increasing the deceleration and force absorption demand due to the push-off during each rep. If you watch closely, the working leg side undergoes a foot push-off from the Foot Block, which poses a greater challenge on the eccentric component within each rep as the athlete must work harder to withstand that eccentric overload.

Building the skill of deceleration and acceleration in the lower body has direct transfer to sport as it relates to remaining healthy and improving power output. Health is paramount since you must remain durable to be able to be active to play your sport. Power output is also key to your success on the field of play since the expression of force and rate of force development allows you to excel. Eccentric strength training, a primary factor with the kBox flywheel system, is a key component in athletic development for the purpose of preparing for controlled deceleration and landing, in addition to providing the body with structural durability and strength in primary body areas, such as the muscles, tendons, and ligaments.

Thanks for reading, I hope you’ll be able to apply some of these exercises in your own strength programs, to the benefit of your athletes. 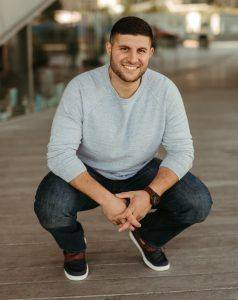 Matthew Ibrahim serves as Co-Owner, Director of Strength & Conditioning and Internship Coordinator at TD Athletes Edge in Boston, MA. He is also an Adjunct Professor at Maryville University and Endicott College, in addition to being a Ph.D. student at Rocky Mountain University in the Human and Sport Performance program. As a public speaker, he has provided presentations at Google Headquarters, Stanford University, and Equinox, in addition to speaking at several NSCA conferences and clinics. As a writer, his articles have been featured in some of the world’s largest publications, such as Men’s Health, T-Nation, and Men’s Fitness.

What if you could boil down every rep, set, exerci

📣 Introducing our biggest app update ever! 🤓