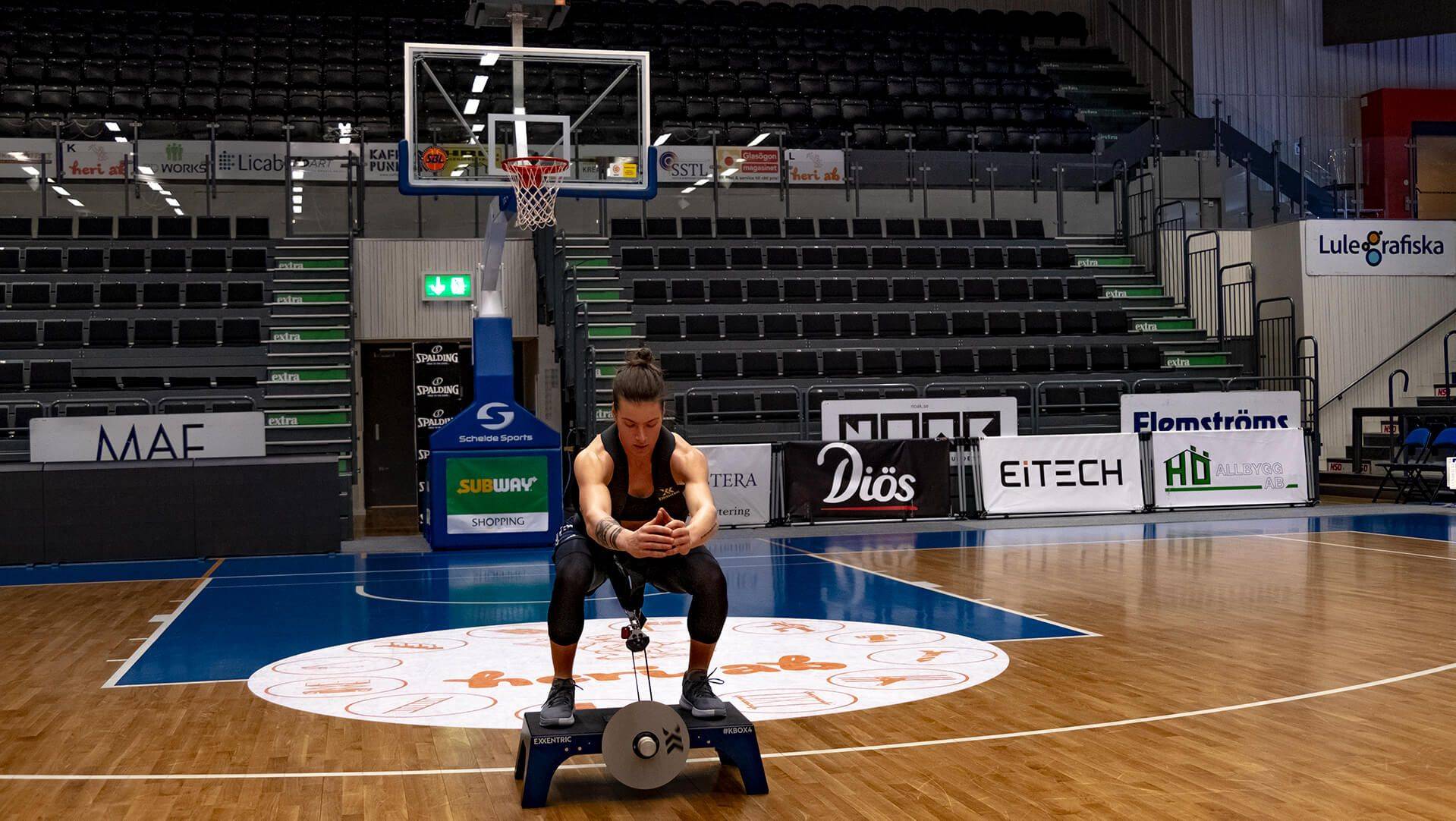 Post-Activation Potentiation or PAP, refers to the physiological phenomenon of improving short-term muscular performance in an athletic movement preceding muscular contraction separated by some resting time. There are a few hypotheses as to why this happens, further presented, but nothing conclusive.

Advantageously, PAP can be used before a jumping event but there are also studies showing its positive effect when kicking, cutting, sprinting and other athletic actions. One typical routine for jumping is to perform heavy squats before the movement as squatting potentiates the muscle. Fatigue will also be created, however, it disappears after a short rest and ideally the potentiation effect will be felt, resulting in a higher jump.

The preceding contractions building fatigue is what is unclear about PAP, which is why the procedure needs to be individually adapted: the same stimuli could be sufficient for one person to achieve maximal potentiation but create too much fatigue for someone else. Hence, the stimuli and the resting time before the athletic action needs to be individualised. Some need to do more work to achieve a potentiation and some might need a longer rest to recover from the fatigue. In general, heavier type actions (> 80%) are more beneficial than lighter type work or plyometrics.

You can also see the potentiation associated with a specific stimulus changing after a training period, meaning that the PAP procedure is not only individual between athletes, but also needs to be adapted based on training level, fatigue and other factors within the same individual.

The kBox can be a great tool for PAP since it has many advantages over traditional weights.

Numerous studies have shown that using a flywheel device results in higher muscular activation and muscular forces during training. As a result, increases in strength and hypertrophy are higher during a flywheel training regimen as compared to using traditional weights.

This higher activation can be useful for Post-Activation Potentation (PAP) to elicit higher muscular force in explosive actions. For example in swimming, one study showed that athletes could get a 35% faster start using a flywheel training PAP protocol. Another study by Beato et.al. (2020) showed that a flywheel training exercise with eccentric overload can be used to stimulate PAP responses in various sports.

In addition, the kBox is mobile and can be used almost anywhere, in a locker room or on the pitch. Resistance is variable so a simple set up can accommodate a significant stimuli for a wide range of athletes in a team. The simple use is also beneficial as you can cycle through many athletes during a short period of time. It also has a built-in kMeter feedback system, providing real-time data, meaning you can also track the size of the stimulus and ensure you get your prescribed dose.

Within research, there are a few studies exploring the use of flywheel training devices to achieve PAP, focusing on a wide range of inertia. In general PAP works the same using a flywheel as with weights, with the additional benefits mentioned above. Using isometric training methods is one way to give you a PAP effect using flywheel training.

Remember to test PAP in training before using it in competition as it’s important to find an appropriate:

So as you can see, there is no simple recipe here but fortunately, you won’t be completely off the mark, even if you don’t find your optimal load. Focus on the overall goal: appropriate exercise, stimulus and rest.

Fatigue is more prominent in the first 30 seconds after the stimulus and the potentiation effect maximal after 3-6 minutes in general, same as with weights. Three sets of the stimulus action is a good starting point. Flywheel training can be very intense and demanding and you are probably better off doing too little than too much and then adjust in training until the next competition.

Experience in flywheel training is important and at least four or five sessions before using it in competitions is recommended. First the athlete needs to understand and learn how to use the kBox, the flow of the exercise and find the rhythm so that they feel confident enough to work hard on the device  and contract the intended muscles. The familiarisation with flywheel training is also an important factor to ensure building a resilience to the workload and minimise the fatigue component. During the familiarisation process you are also able to measure the performance to adjust and individualise the stimulus and resting time for maximal effect.

Before the start of the athletic movements that demand high performance in sprinting, jumping, kicking and swimming – there is a benefit of a PAP stimuli.

This can be achieved using a flywheel device like the kBox due to a multitude of advantages. In general the same rules apply as with weights. Make sure you familiarise your athletes, adapt individually and re-calibrate during different training periods.

Go back to advanced methods.